Let’s set the scene: It’s 10:30 P.M. You should have been in bed thirty minutes ago, but you remembered one crucial thing – you have a 500 word essay due at 11:59 P.M and you have not started. As you start to panic, you realize that panicking is taking away from valuable time. You decide to spend the first ten minutes brewing a good cup of coffee. As the smell of coffee permeates your room, you realize that you have to get to work. It is 10:45 P.M, you have little more than an hour to get 500 words into your Google Doc, and you still haven’t started. After slamming your cup of coffee, you outline what you have to write. The time is 10:50 and you now have a mere one hour and nine minutes to start, finish, and turn in your essay. By some miracle from above, you finish the essay with mere minutes to spare. You swear you’ll never do that again, only to do that again a week later. Whether you like it or not, you have fallen victim to Parkinson’s Law.

Who IS this Parkinson? 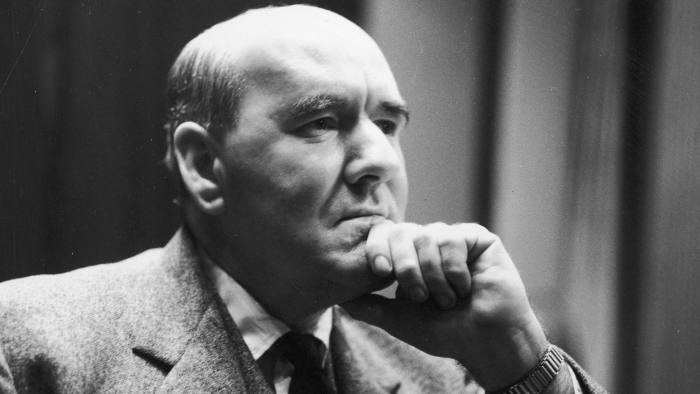 Cyril Northcote Parkinson was a naval officer and decorated professor. He is most notably known for his self-named, largely satirical essay “Parkinson’s Law.” Parkinson received a Ph, D. from Kings College in London in 1935, and taught history in both England and modern-day Malaysia. Many of Parkinson’s comments on productivity, work, and administrative affairs derived from his time in the British navy in World War II.

So what IS Parkinson’s Law?

It is a commonplace observation that work expands so as to fill the time available for its completion. – C. Northcote Parkinson

Parkinson’s most notable law states that “Work expands to fill the time available for its completion.” Parkinson also wrote another few lesser-known “laws.” His second law stated that expenditure rises to meet income, which can be interpreted as the old adage of “You gotta spend money to make money.”

Parkinson’s Law (Work expands to fill the time available for its completion) has two major parts outlined in Parkinson’s essay. One part affects very few people while the other part affects anyone who has ever worked on anything. The part with the lesser impact on the average layperson is the Law of Multiplication of Subordinates. Quick context: Parkinson wrote “Parkinson’s Law” for The Economist in November 1955. In England, where Parkinson was at the time, the government claimed that they were hiring more civil workers because of more work. Parkinson satirized this with his Law of Multiplication of Subordinates. This part of the Main Law has two factors itself:

Parkinson mainly credits the Law of Multiplication of Subordinates as a self-preserving law – In his 1955 essay, Parkinson details the thought process of an overworked civil servant, simply known as A. Parkinson states that A has three “realistic” paths.

According to Parkinson, a worker in A’s situation has never chosen the first two options. In the pursuit of keeping his position and building prestige, a worker in A’s position will hire two opposing subordinates in order to not jeopardize his own position. Now with four workers, the Law of Multiplication of Work comes into play. All four workers need a job, and this creates even more busy work for everyone. This all goes back to Parkinson’s Main Law, as all workers have more time to do more work.

So HOW do I hack Parkinson’s Law?

As you now know, Parkinson’s Law is the belief that work expands to fill the time available for its completion. The simplest way to “hack” Parkinson’s Law to be more productive is to take away time. That sounds odd, but makes sense once you look deeper into it. Take, for example, three tasks that can take any amount of time. These three tasks can include sending an email, making a to-do list, writing a paragraph in a paper, etc. You can really make these tasks as short or as long as you want, so decrease the amount of time you take on these tasks to be more productive. One rigid method that can help you reduce the amount of time tasks take is the well-known Pomodoro method. The Pomodoro method can be simplified to four steps.

Challenging yourself to do multiple tasks or one larger task (reasonable) within the 25 minutes can take away time provided to a task (going back to Parkinson’s Law!) and can make you more productive. The Pomodoro method has many variations, which can allow you to see which version works best for you. For tasks that have no definite time limit, I do a 30/15 (30 minutes work, 15 minutes break) variation of the Pomodoro. This has worked for me, but may still need some modification. The great thing about the Pomodoro is the flexibility factor.

Another way(s) to hack Parkinson’s Law is to create a consequence or reward for beating the clock. In terms of rewards, you can give yourself something you like (i.e. a handful of gummy bears or a cup of tea) for completing the task on time. This will incentivize you to complete your task even quicker in hopes of achieving a reward. A possible consequence is putting your phone out of sight and blocking all fun sites until you finish your work. If you don’t trust yourself to not block websites, a way to block sites is the BlockSite extension. BlockSite has a whitelist feature that blocks every site besides the website(s) you need (i.e. Google Docs or Microsoft Word). Going back to the Pomodoro method, BlockSite has a built-in Pomodoro timer, limiting the amount of steps to set up both a Pomodoro and blocking websites. The less steps something requires, the more likely it is that you’ll do it.

What have we learned?

Cyril Northcote Parkinson, professor and military officer, wrote an essay entitled Parkinson’s Law.  In his satirical essay, he introduced the concept of Parkinson’s Law – Work expands to fill the time available for its completion. The concept of Parkinson’s Law is still extremely applicable today in any field of work. Parkinson’s Law can be utilized in many ways, with the most common being the Pomodoro method. In the Pomodoro method, you set a timer and work for thirty uninterrupted minutes. After those thirty minutes, you take a five minute break and start again after that. After a couple Pomodoros, you take a 25 minute break. The Pomodoro concept (combined with Parkinson’s Law) takes advantage of the flow state and gets work done. With this article in mind, I hope we can all be more productive in the latter half of this year.

Remember that Team Mythos is HIRING! Fill out this form and DM Vish#4500 on Discord after doing so!

God is alive. Nietzsche is dead. We hope he changed his mind.

Welcome to the New RF Blog! | Visit the Schedule page to view upcoming community events on our Discord!